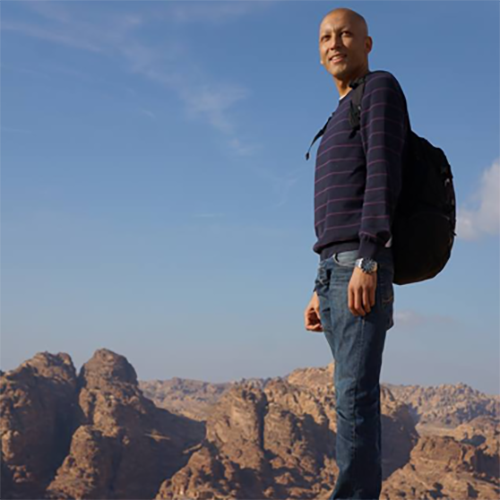 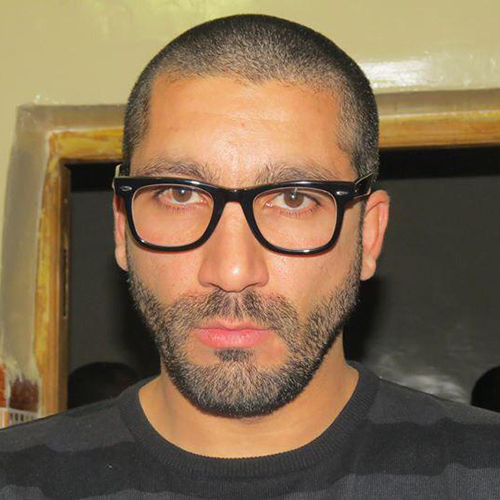 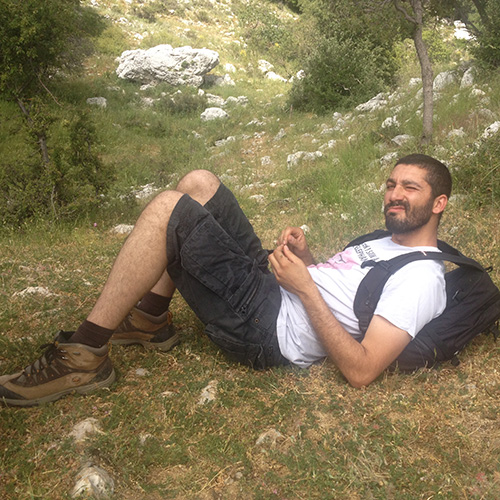 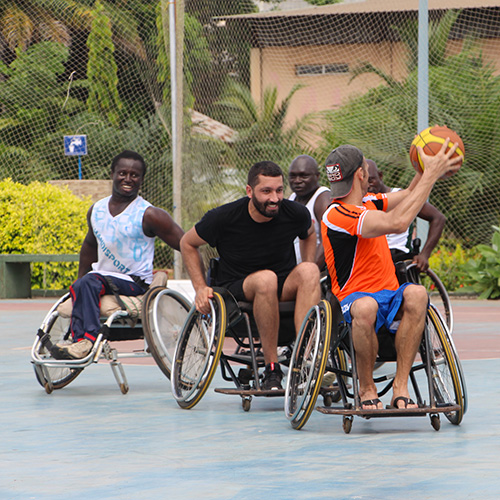 Hanna was diagnosed with a Hodgkin Cancer in April 2014 while he was on mission in Iraq, where he met his love and future wife Patricia. It was a big blow for him, but he faced the disease with positivism and strength, sure that one day all this struggle will become just a memory.

During his months of treatment and chemotherapy, Hanna didn’t lose his sense of humor, nor his positive vibes, or his eagerness to live new adventures. It was during that time that Hanna bought his first motorbike and started exploring the landscape of Lebanon, he did his diving course in the Mediterranean Sea, and travelled around the world discovering new countries.

With a spirit of both a fighter and a survivor, Hanna approached the other cancer patients at the hospital, always bringing joy and hope to his peers, supporting them through their journey of treatment, motivating them and sharing their strive for life.

It took Hanna 8 months to win his battle against Cancer, below is the post he wrote on his Facebook wall to announce the good news:

“Well here, after 8 months of struggle, fight, ups and downs … I finally came to the end of this disease! For those (if ever) who were wondering where I was, well now I can tell you that I was fighting my best against the cancer I was diagnosed with in April. A few months, endless hospital stays, 3 surgeries, PET scan, radios, ultrasounds, dozens of injections, an infinite number of drugs, 8 cycles of chemotherapy, and a lot of good will later … I came out winner of this fight!

It was not always easy, but I was able to hold up thanks to the support of my entourage who supported me during this period. Thank you from the bottom of my heart for being there.

And now, I can finally return to a normal rhythm of life and put myself to do (and say !!) bullshit … that I did not really stop during this period!

And for the less optimistic among us, I can just say that we must believe … and fight … and life is beautiful!

And I say it loud and clear: I’m proud of myself!

To keep sharing Hanna’s positive vibes and energy, the Hanna Lahoud Foundation has decided to support patients, survivors and their families to better deal with their situation, stay always optimistic, and avoid the feeling of being alone and lost in their battle.

The Hanna Lahoud Foundation will focus on peer support (patient to patient as Hanna’s style), psychosocial support to all affected (patients and relatives), create a safe and private space within the hospitals where they can share their emotions and experiences, and hopefully come out stronger and fearless.

According to the International Covenant on Economic, Social and Cultural Rights:

Hanna completed his primary school in Beirut and then traveled to France to attend high school before returning to Lebanon and finishing his studies in Physiotherapy at Saint Joseph University. His parcours wasn’t as easy as it should be, paying for his studies was a financial burden, without the financial support he received and working alongside his studies he would not have made it.

Higher education especially for students from low-income families is a big challenge. If these families want to break the cycle of generational poverty, they need to be supported in their struggle to finance the studies of their children.

Something must be done to fill this gap.  For this reason, the Hanna Lahoud Foundation has decided to financially support a number of high school students who demonstrate significant financial aid needs. Priority will be given to students who have or have had cancer, because Hanna knew from his own personal cancer experience what it is to try to live and learn and overcome this disease whilst staying positive

Partial scholarships will be granted to ensure both support and space for students to take ownership, and stay motivated by contributing to their own education with responsibility. Students will be encouraged and supported by the HLF to help themselves as Hanna did in meeting their educational goals whether that be through finding work and additional income, opening a bank account or other elements they identify.

In Lebanon the cedar tree represents holiness, eternity and peace. Hanna adored cedars and their symbology. He used to offer bonsai cedar trees to loved ones, friends and colleagues.

When he left the Lebanese Red Cross in 2010, he gave each of the members of the 102 Centre a small cedar tree. He did the same to all invitees to his wedding in Lebanon.

Aligned with Hanna’s love for cedars, the HLF’s work will support the sustainability and increased presence of cedar trees in Lebanon and beyond.  This includes an annual gathering in Lebanon that will take place specifically to plant cedar trees. As part of HLF’s efforts to ensure that the people who receive support from the Foundation are closely involved in its activities, each beneficiary will be gifted a cedar tree with their name to be planted by them personally in the Jardin de Hanna. With this activity, we all contribute to this special garden, keeping alive Hanna’s spirit with us forevermore.

The tournament is named “Hanna Lahoud International Wheelchair Basketball Cup” paying tribute to Hanna Lahoud, a Lebanese-born ICRC delegate who fell on line of duty in April 2018 in Taiz, Yemen.

During this event, the Hanna Lahoud Foundation awarded the Most Valuable Player with a prize of 1000 USD.

WHAT IS THE MVP AWARD @ THE HANNA LAHOUD INTERNATIONAL WHEELCHAIR BASKETBALL CUP?

USD $1,000 for personal development (education, income generating activities or other as decided with the HLF) and is considered individual prize.

The Most Valuable Player of the Tournament.

This prize has been awarded to the player considered most valuable throughout the tournament. Players were assessed on their inclusiveness, high performance and commitment to the sport as well as good behavior, fair play and excellent team action.

The coach of each playing team voted for three players -his own players excluded, ranking them according to the MVP Criteria. The player with the highest score of votes won the HLF MVP Award.

WHAT HLF EXPECTS FROM THE WINNER?

To present a project for the use of the USD $1,000 prize money to the HLF. This project should include concrete activities for personal development (education, income generating activities or other), that would help the person or his/her community.

Once approved, the HLF will release the funds. The winner is required to provide the relevant documents outlining the use of funds at the completion of their chosen activities.

The MVP winner shall also commit to planting a cedar tree that will carry his/her name and that will be transplanted in a reserve in Lebanon at a later date.

Nabih Chabaan, a Syrian from Homs (a brief summary about the winner and his struggles in Syria to be added)

Picture 2
The MVP Winner after receiving the Prize

Picture 3
The MVP Winner investing his prize in a course

DID YOU KNOW HANNA LAHOUD?

Help us to keep Hanna alive:
– Post your anecdotes and photos with Hanna